home navigate back to the homepage
shop bio 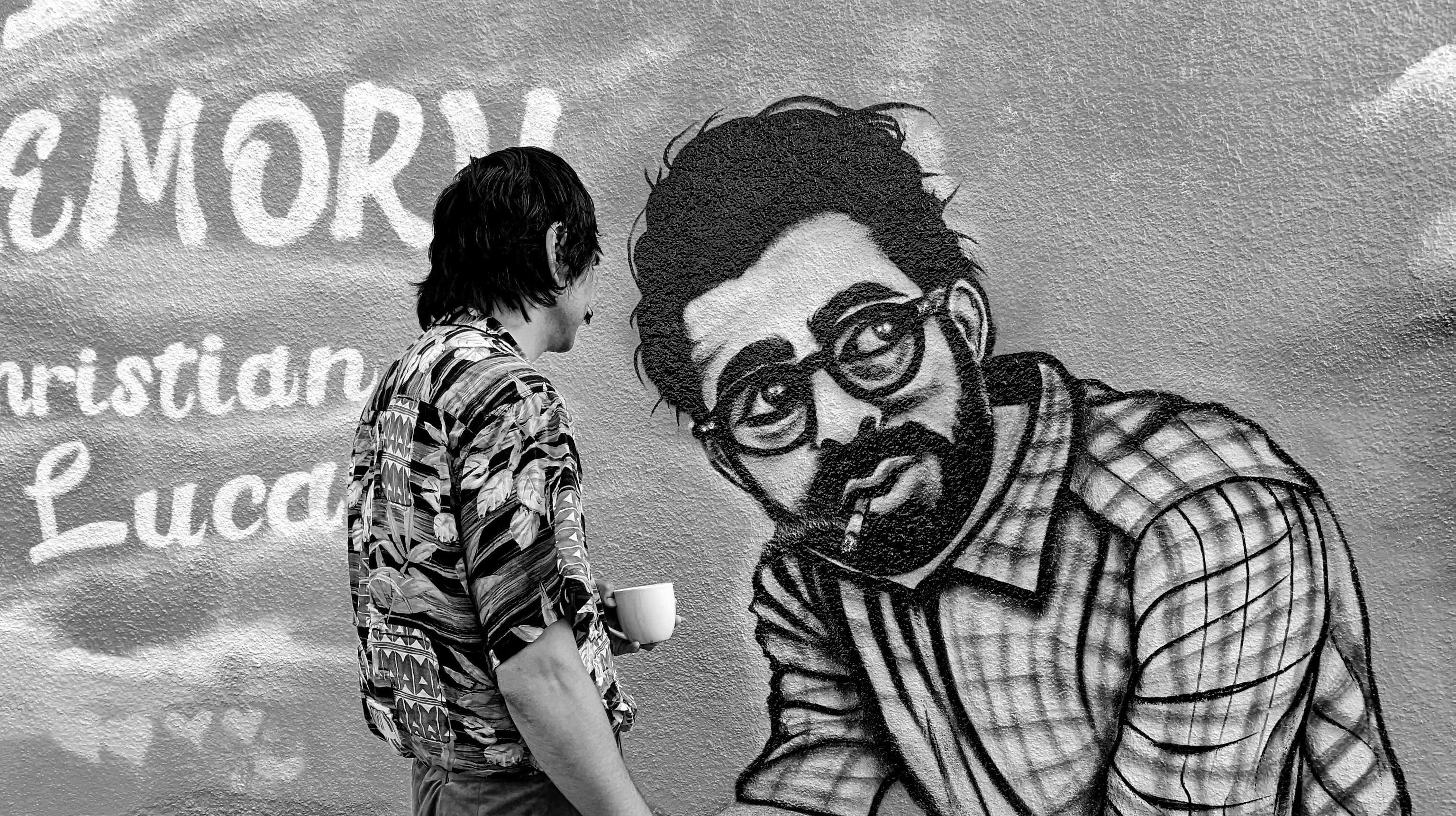 Nick and I first met at one of Honey Latte’s open mic nights a couple months ago. It might’ve been last year. This is an edited down version of our recorded conversation which you can listen to here. Check out Engii. Engii has been a very emotionally rich experience; there is an exploratory feeling of dredging, a sense of loss, and a pervasive, but sober grief. Maps might be my favorite. But don’t let this all define the project for you. I encourage you to listen and take note of what you feel. Hope you enjoy this excerpt.

NB: I never get the opportunity to be a performer. I haven’t performed aside from at Honey Latte. Ever.

BC: I think you’d really shine as a performer, just based on the way you arrange and compose your music.

NB: Here’s the thing. On the one hand, I have the introversion of being in my bedroom making music because I have to journal and diary it. On the other hand, there’s the performer extroversion. I can do both, but I don’t know what’s accessible to others.

BC: I’ve been to a couple shows here in Portland and there’s a big gabber, y2k, UK-influenced sound going around right now… but people have the ear to understand the things you’re doing in your music, and I think you would be surprised at the reception you’d get performing live. Your music is colorful melodically and harmonically and, I think, in dance music, we don’t always get that.

NB: So [my show would be] more like an art show as opposed to a dance floor because I like dancing but if it could be an intimate dancefloor – I coined this term earlier “couch house” where I want you to be able to think and relax, and I don’t necessarily need you pumping your fists. You can do it on the couch.

BC: I think now is a really good time for that. With the pandemic, a lot of people that typically might have gone to indoor shows are doing things that are outside now. When you’re performing a show outside, say in a park, the pressures to be packed together and really hype aren’t the same. At a park, people can sit under a tree or far away, if they want to dance, they can get up and dance. As an artist or audience member, you have more flexibility with how you’d like to engage with that space. I think that would benefit you with the situation it sounds like you’re looking for. I think now is the time to get a stage.

NB: I see what you’re saying. There’s EDM and IDM, electronic dance music is for that fist bumping stuff and IDM is for that internal dance. You’re saying even the outside world has changed its setting; we have a “couch house” that can fit in the space that EDM used to fit into because COVID has changed the landscape.

BC: Yeah, I think we’re just figuring this out right now as people in the music world and outside of that; COVID has changed so much about how we relate to each other that we’re figuring out the rulebook day by day. With people wanting events outdoors and spaced, from what I can tell, things are just not going to go back. 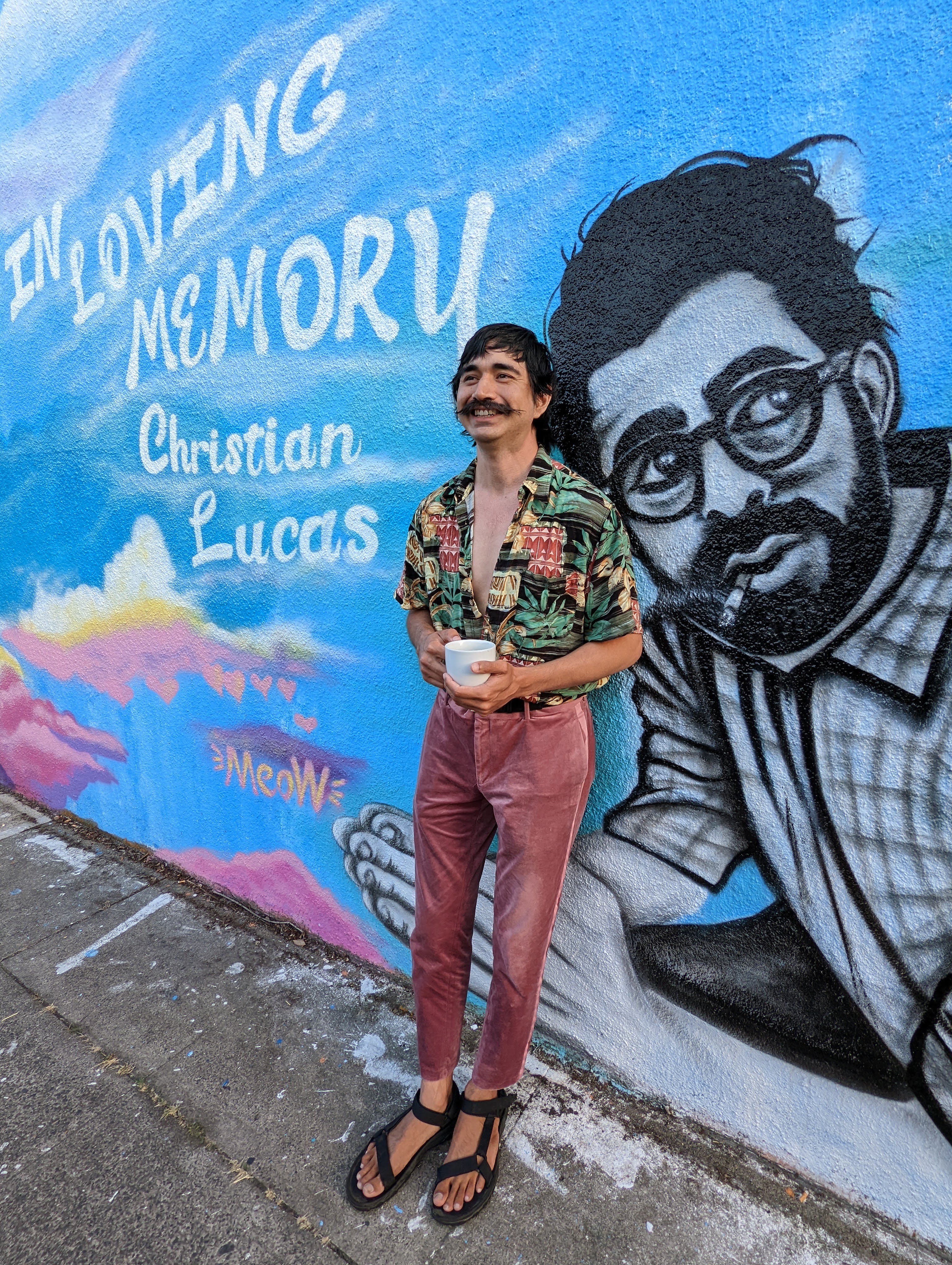 Christian, A cat with no tail—a favorite song was “Don’t look back in Anger,” living true to the tune, as we all knew him to flow through the neighborhood, helping us each through conversation to understand the wilderness of our own rhythm—expanding our hearts to the possibility of freedom from our own mundanity, Christian will always be close to Portland, a legend to us all, ~Peaches

BC: What is your connection to Micronesian culture?

NB: My father was straight up Islander. He was a foreigner to America. He married a white lady. He was the first of his islands to graduate with a US degree; he was what you would consider funneled through the education system. He spoke with a thick accent. Once he got here and he married my mom, he was outcasted by the other side of my family. He graduated with a political science degree and was supposed to be a leader in his community, but when they saw that he married a lady that was not of his culture, he couldn’t fit into their political system. He was nominated for senator in their island, and he lost to the incumbent. When they saw that he married a white woman, they felt threatened, rightfully so, by the powers of displacing their old culture. This is why I make it clear in my music that I am fully both my mother and my father. As well as part of the human. I’m more than – and then I have schizophrenia, I’ve thought that I’m not even human, I thought I was alien, I thought I was once Jesus – which I’m not. But that’s all why I make it clear in my music and in my poetry that I need to still hold on to my Islanderness.

BC: Do you accept that as a musical challenge?

NB: Yes, because, for the Islanders, I don’t think I fit in. I haven’t asked them, but… I’m not reggae. That’s African islander music, but I’m not islander music to the islanders even.

BC: Have you ever tried to make islander music?

NB: I did, for the last song on the Engii album. I tell a whole poem dedicated to my father. In the very beginning of the album, it’s about my father hitting me in the lip, in the jaw, and me bleeding and everyone is shattered, shocked, that my father would hit me. It’s actually not my real father who hit me. It’s what, during psychosis, I consider to be my father: the expansive father of me going through talking with God or with my father and me getting punched in the face in an incident with the Oregon State where I was going through psychosis. And then I wrap it back at the end of the album. A huge 20-minute song dedicated to my real father – he did love me and he never hit me. It was me coming to terms with the real father and my small father; there’s the big father, which is realer for all of us, and then the small father which is real for the individual. So, I had to come to terms with the fact that I love my father. He was highly misunderstood. So, your question is right. How do I make sure that my father is remembered, not for his miscommunications, misunderstandings, his thick accent, his schizophrenia – which is an American term – how do you calibrate speaking to the other side because you’ve gone through trauma and you need to find healing? 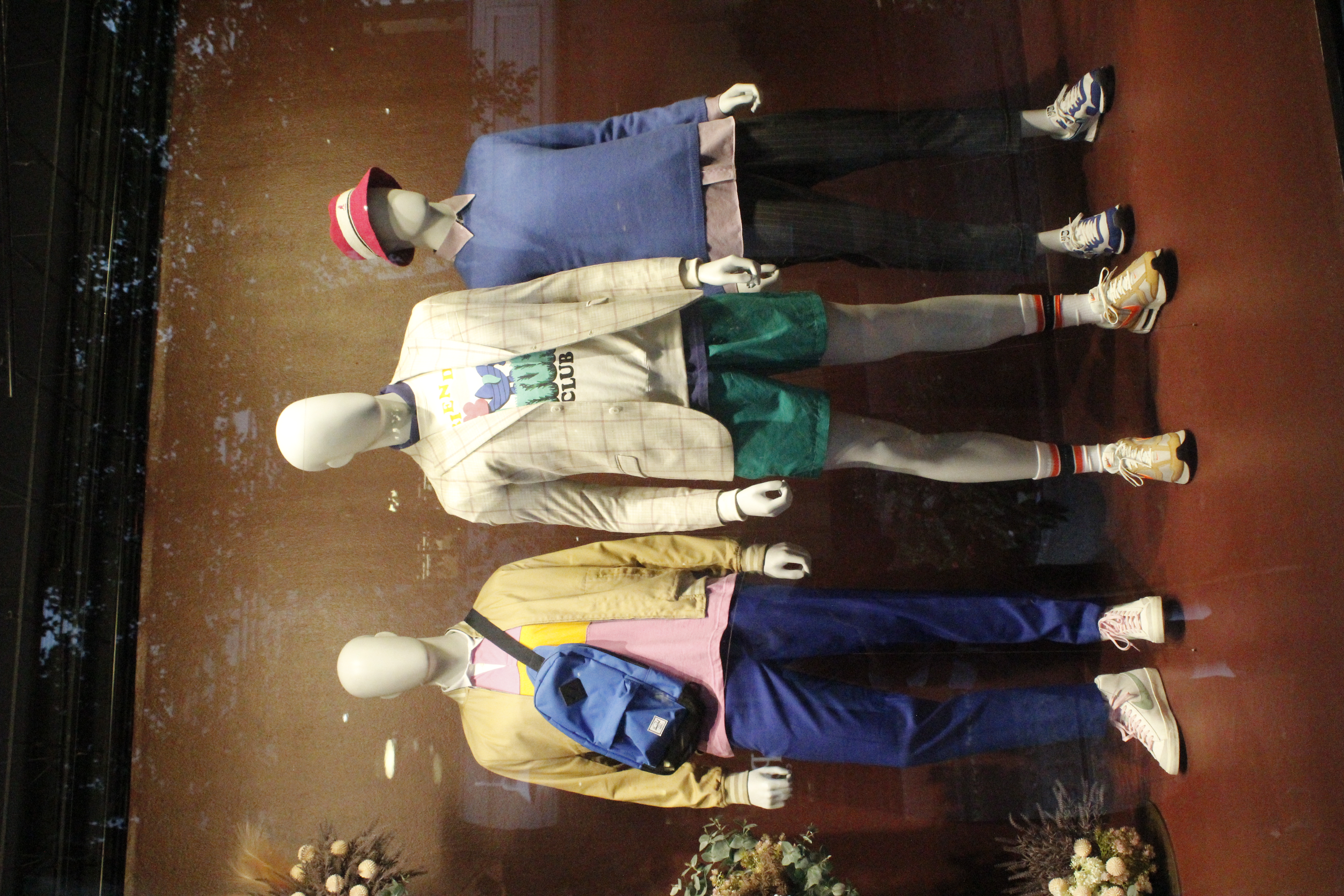 thoughts about a thing part 1

is there a Portland sound? 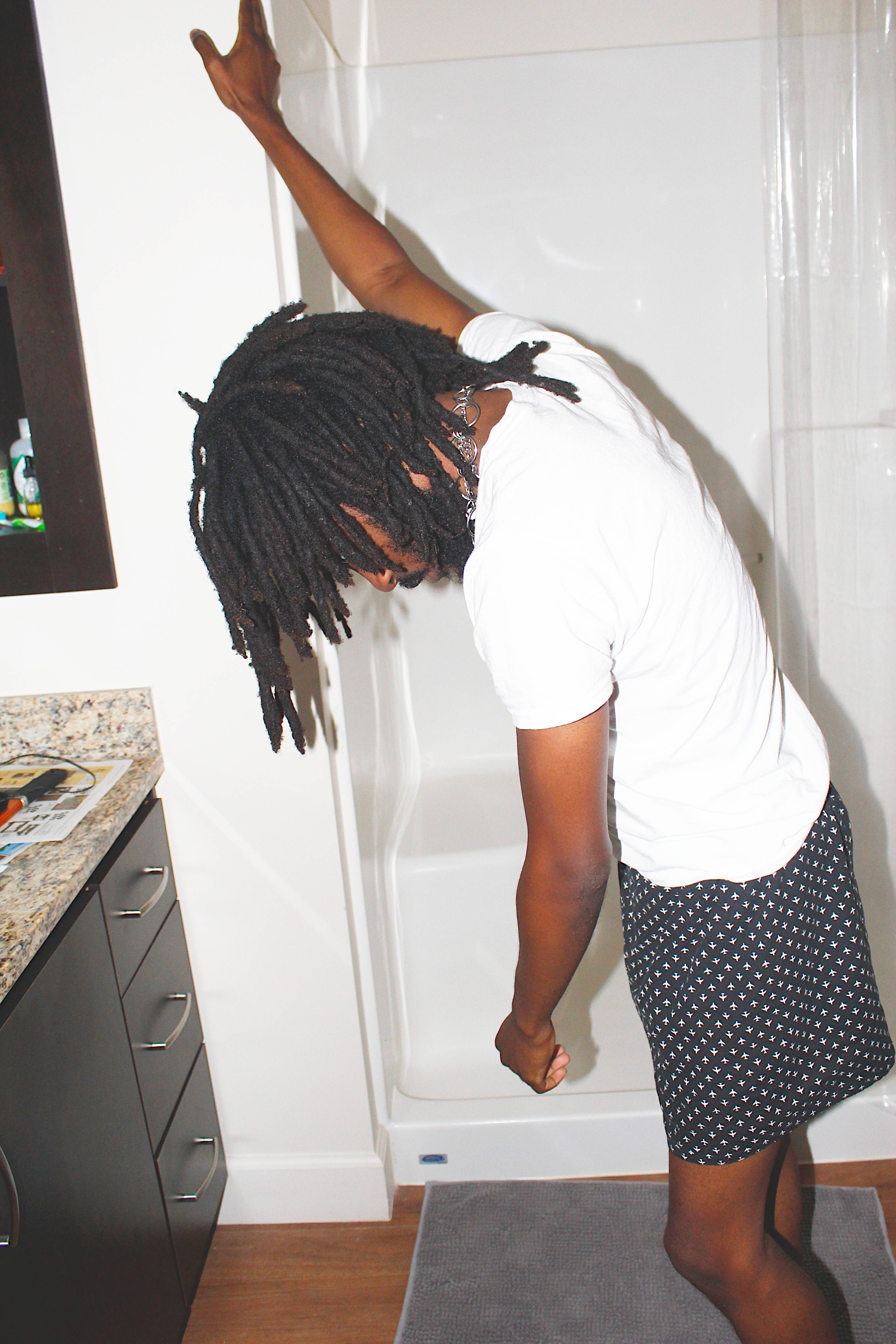 pain of the fool is out. updates and more

some thoughts I wrote about the album + bitter camari